Posted by Unknown at 9:45 AM No comments:

Email ThisBlogThis!Share to TwitterShare to FacebookShare to Pinterest
Labels: self service laundry malaysia

Posted by Unknown at 9:07 AM No comments:

SHADYSIDE, Pa. — Every year, across many neighborhoods in the country, a new Laundromat opens its doors, ready to answer the laundry needs of those in the community.
But before the first washer is loaded, much work, preparation and planning has to be taken care of to ensure the success of the coin laundry.
Some will spend a month or two applying a fresh coat of paint and investing in a few equipment upgrades before they open their doors, while others will spend months upon months gutting and completely rehabbing a space to make it their own.
Some operators start completely from scratch, scouting the ideal location and building their dream coin laundry from the ground up.
Here, you will read about the process several store owners took to draft and establish their ideal coin laundry—from concept and design, to the renovation and construction work, and to the long-awaited day when they could finally open the doors.
Though each took a different path, all tell tales of how hard work led them to design their own success.

Owner Jerry Montesano’s The Laundry Factory, situated in Shadyside, a Pittsburgh neighborhood surrounded by hospitals, colleges and universities, has been filling the laundry needs of locals since it opened its doors in 2000.
More than a decade later, Montesano reached out to Huebsch when it came time to replace his Laundromat’s older equipment mix.
When an adjacent storefront became available in September 2013, Huebsch says it was a “no-brainer” for Montesano to install more of the company’s machines they say his customers have come to love, ultimately expanding his store from 4,000 to 6,000 square feet.
In renovating the space previously occupied by a restaurant, Montesano worked with Huebsch distributor Sonny Rogalla of Pittsburgh Laundry Systems on a design that allowed for “as many machines as possible,” according to Huebsch.
After four months of renovations, Pittsburgh Laundry Systems helped install 20 new washer-extractors equipped with Huebsch’s Galaxy 600 controls, including one 100- and two 80-pound machines, bringing The Laundry Factory’s high-capacity offering to five, says Huebsch.
“They get more spins than any other machines. Customers like that they can put everything in at once at a reasonable price,” says Montesano, who opted not to divulge the cost of the renovation project. “We’re going to add another 100-pound washer soon.”
Additionally, Huebsch says that three stacked 30-pound, seven stacked 45-pound and two 75-pound tumble dryers were added as part of the recent renovation.
In addition to capacity considerations, Montesano also wanted to improve upon the overall look and layout of the store.
“We also painted and redesigned the lighting concept,” he says. “We opened up another wall and put in two hallways. It was important that the new space flowed seamlessly into the existing one.”
In addition to its self-service laundry, The Laundry Factory also provides a wash-and-fold service, which Huebsch says has increased through the additional equipment.
Previously, staff processed 6,000 pounds of laundry a week; the volume is now up to 9,000 pounds, and two additional shifts have been added.
The store, whose clients include Heinz Field, PNC Park and Stage AE, even managed 10,000 pounds per week during filming of The Dark Knight Rises, according to Huebsch.
“People know we can get it done quickly. Our strongest marketing is word-of-mouth,” says Montesano, who adds that the equipment has also helped him market his laundry to the environmentally conscious Shadyside community.
“We can confidently say the Laundromat is eco-friendly, which is very important to our customers,” he says.
Montesano also believes it “helps to have efficient equipment in place,” as it helps his business save on utilities.
“Of course, my utility bill has increased now with more machines, but even after adding 2,000 more square feet we’re still saving,” Montesano says.
Because of his growing business, Huebsch says that the added space has been a “long time coming.”
“We could have used the new space two years ago,” says Montesano. “We were busy before, but not like it is now.”
Though his business has increased, Montesano continues to provide customers with “more of what they loved previously [but] now in a larger environment,” Huebsch says.
“The new equipment was always going to be Huebsch,” says Montesano.
Check back throughout the month for more Designing Success: Portraits of Memorable Coin-Ops!
Store owners, do you have a unique story to tell about your laundry? Equipment manufacturers, distributors or suppliers—did you play a part in the creation of a new store, or in giving an existing store new life? Send me an e-mail at ccalma@ATMags.com with all the details!

Posted by Unknown at 8:37 AM No comments:

Email ThisBlogThis!Share to TwitterShare to FacebookShare to Pinterest
Labels: self service laundry

Posted by Unknown at 7:59 AM No comments:

Posted by Unknown at 7:59 AM No comments:

Posted by Unknown at 7:58 AM No comments:

Posted by Unknown at 7:58 AM No comments:

Posted by Unknown at 7:55 AM No comments: 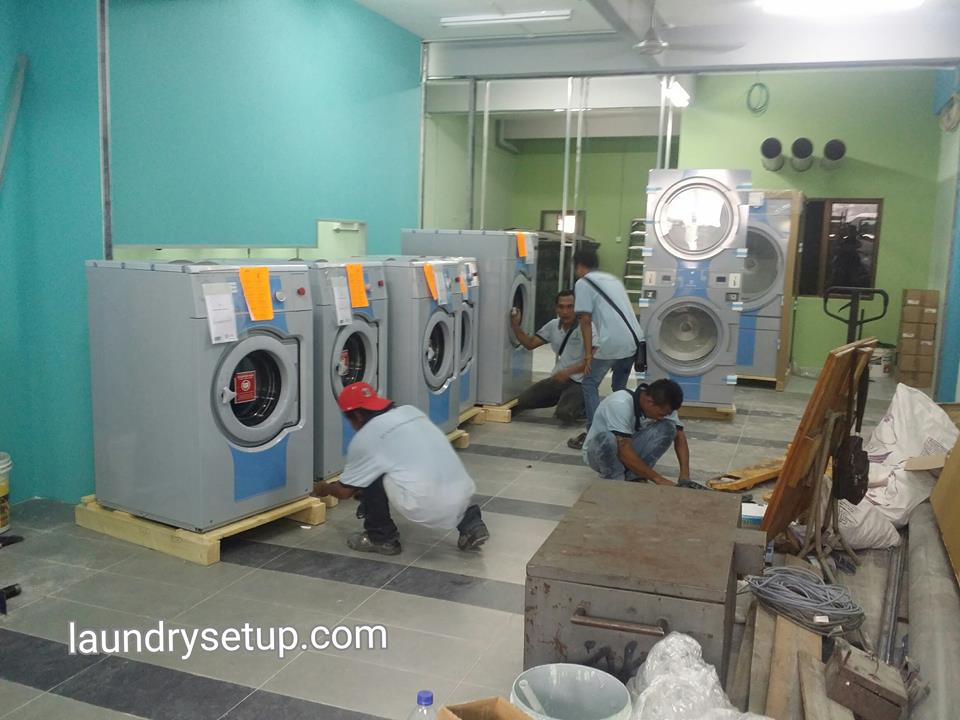